Three women last night used their moment of maximum exposure to speak to the Press as well as the Global audience.

Tracee Ellis Ross: “This is for all the women, women of color, and colorful people whose stories, ideas, thoughts are not always considered worthy and valid and important. But I want you to know that I see you. We see you.”

Viola Davis: “You make me proud to be an artist. You make me feel that what I have in me, my body, my face, my age, is enough. You encapsulate that great Émile Zola quote that if you ask me as an artist what I came into this world to do, I, an artist, would say, I came to live out loud.”

Meryl Streep: “This instinct to humiliate, when it’s modeled by someone in the public platform, by someone powerful, it filters down into everybody’s life, because it kinda gives permission for other people to do the same thing. Disrespect invites disrespect, violence incites violence. And when the powerful use their position to bully others, we all lose.”

I normally do not watch award shows. As we sat down to dinner, and the cold open began with its take on La La Land, we paused our chatter to watch. Because right now, La La Land is in our home; my daughter taught herself  Mia and Sebastien’s theme the minute we got home from seeing the film. We literally got sucked into the glamour of the awards. When Tracee Ellis Ross won, it was exciting. Not only because I am a fan of “Blackish,” but because I’m a fan of the actor. The historic significance—that she’s the first African-American woman since Debbie Allen to win a Golden Globe in the TV or comedy or musical category—became a fact known to me later. In the moment though, it was this wonderful smile, the happiness, and then, what she said. “I see you.” At a point in our history as women, to have another woman stand up there and acknowledge “women” well, that was the first of three pivotal highlights for me. 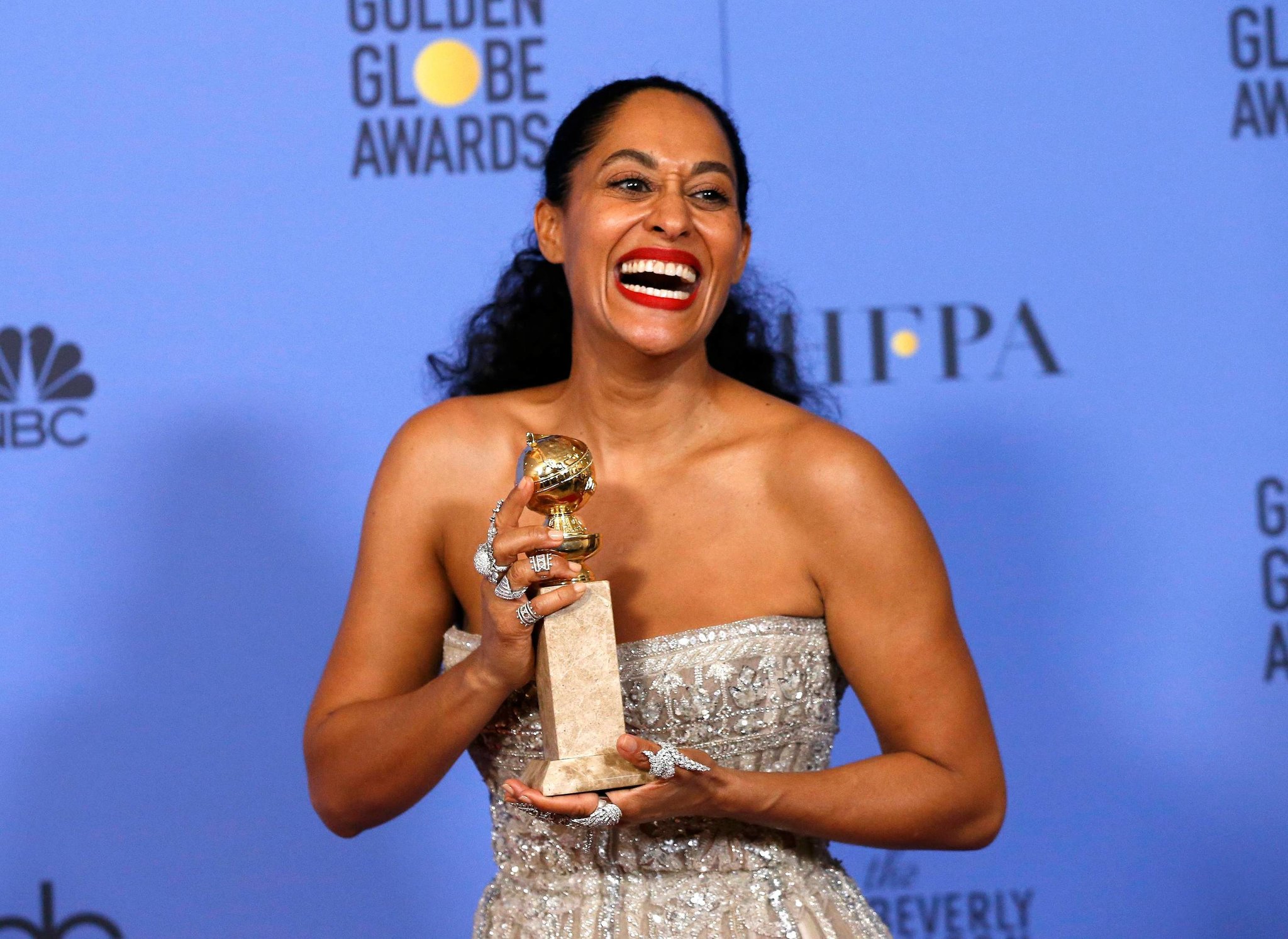 And then Viola Davis, with her proud and determined manner, resplendent in her authority, took command of that opulent stage. And she paid tribute to Meryl Streep. And not just that: she paid tribute to the vulnerability of that which makes us female. And I loved it.

And then. And then. And then. Meryl Streep. Instead of waxing poetic on her library of a career, acknowledging what she’s brought to the screen, the roles she’s played, she took the opportunity to remind the Press of their power to report the truth. She stood up there, and she spoke.

Well, I hear you Meryl Streep. And I see you. I see you, and I see you Tracee Eliss Ross and I see you Viola Davis and I am so proud to see you all. For you epitomize for me, sitting on my couch with my Teenager, that hope is alive and well. And that we have to continue to fight. Fight like we know how to. Fight like the girls and women we are.

We are so lucky we got to bask in the grace and power of Michelle Obama.

In the 90’s, beyond doing things like reclaiming words and spelling Grrl with two R’s, we had phrases like “Girl Power” and “As if.” No really.

And now, have a laugh with Judy Gold.