I spend hours in reverie, listening to podcasts. I walk a lot, I spend a lot of time alone, I even—gasp—sit on benches in the dog run, watching my dog play while someone is speaking to me through my headphones. I have such a highly curated music playlist that I only listen to music when I’m reading and working; the podcasts though. Today, listening to my daughter speak about everything on the Manrepeller’s Oh, Boy, I was reminded again why I love listening to a podcast: I get to be a spectator to someone’s life. They’re the things that keep me engaged; they’re not wallpaper, they require an active me. So at the moment, this is what I’m listening to, in alphabetical order:

Fresh Air: I didn’t really listen to Fresh Air until my late 40’s, and now, I can’t get enough of Terry Gross and team as they speak to authors, artists, and other luminaries. Sometimes it’s so hella dry, it can put you straight to sleep, and other times, so completely mesmerizing, you need to rewind just to hear what Neal Brennan or Julia Louis Dreyfus just said.

Guys We Fucked:  Hosted by Corinne Fisher and Krystyna Hutchinson, Guys We Fucked is a delightful walk down the lane of women; the first half of the podcast Corinne and Krystyna talk about their week and read listener mail. The letters? They are my favorite part of the episode. People with real issues—incarceration, rape, like that—write emotional letters looking for guidance. And Corinne and Krystyna? They navigate this minefield with sensitivity and wisdom. I love it. The second half of the podcast features a guest, and Corinne and Krystyna hone in on what the guest’s expertise is (porn, being a teenager, Mike Birbiglia) and craft the second part of the episode around the theme. Did I mention they are also comics? Yes. So it’s also really funny.

How Did This Get Made: Hosted by Jason Mantzoukas, June Diane Raphael, and Paul Scheer, How Did This Get Made unpacks movies that feature the holy trinity of bad acting, bad directing and bad dialogue. Plus the hosts are hilarious; I spend most of the podcast laughing out loud!

Katie Couric: This Katie Couric podcast is a sweet surprise of a joyful hourish. Katie is curious, curiouser, she’s uncensored and she’s finally able to say the things you always wanted her to actually say when she was on broadcast television. Plus, you know, she’s lived a life as a listener, and like Terry Gross, she knows how to ask a question, not step over someone else, and follow up with even more questions. 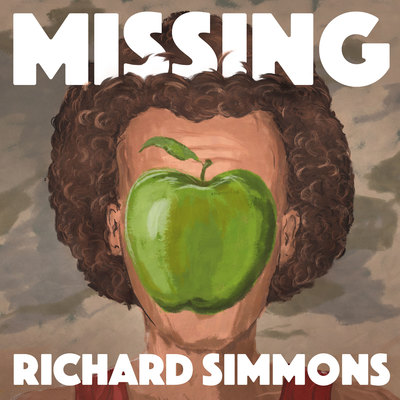 Missing Richard Simmons: 3 episodes in and I want to know more! Dan Taberski sets out to find out why Richard Simmons has not been seen since 2014. He’s part Michael Moore and part Serial. He’s kind of awesome.

Pod Saves America: Hosted by Jon Favreau, Jon Lovett, Dan Pfeiffer and Tommy Vietor, Pod Saves America is a left-leaning political podcast that straddles funny, in that the relationship between the hosts is very familiar. These guys used to work directly for President Barack Obama; they understand what happens in places like the Situation Room. So them commenting on the State of Our Nation now? They are almost always incredulous, and they’re speaking directly from an informed POV. It’s almost intimate. Even if you don’t like listening to people pontificate about politics, this one is worth your listen.

Wait Wait Don’t Tell Me: Oh boy oh boy. Peter Sagel and Carl Kassell host this weekly show, feature a panel of three who run through the news of the week with a call in guest. It’s hilarious, it’s fast paced and it’s even informative. A must.

There’s a common theme through all of them, they’re all funny, well except for Fresh Air and Katie Couric. Obviously I listen to WTF, and I listen to a whole slew of others, but this is a good starter kit.  Okay, have a great weekend. We’ll get back into it on Monday.