“If you’ve ever really loved anyone, you know there’s a ghost in everything. Once you see it, you see it everywhere. It looks out at you from the stillness of a rail-backed chair. From the old 1952 Massey-Harris Pony tractor out front, its once shining red metal now a rust-splotched pink, headlight broken off. No eyes.”

–from the novel Lions

Part of my understanding of creativity is that life is fundamentally creative—and if I stay out of the way, “it” will arise powerfully and in surprising ways. In other words: if I can accept what is actually happening rather than resisting it and wishing for things to be otherwise, the better. So any time I am irritated with anything is a really good opportunity to “get creative”—i.e., to see what is actually happening/arising/coming out on the page despite my wishes. I find this to be the case almost regardless of the activity—whether I’m cooking something, drawing something, or having a conversation with someone in which I’m trying to actively listen rather than think about my response (will my response sound clever? Kind? Like I’m actively listening?). Interestingly, I think, trying to live like this can mean the really creative and artistic response to a moment is to help someone change a flat tire over and above completing a sketch, story, or novel chapter.

There’s certainly no single medicine here. At best, I recognize the fear or doubt for what it is, and that usually shrinks it down to size. What, I’m afraid people won’t like me? I’m afraid I won’t write something beautiful and true? I’m afraid I won’t be rich? That I won’t live forever? Ha. Then I can tell the doubt or fear, hey, you’re part of this journey, but you’re just a passenger in the back seat; you do not get to drive; go sit back there and mutter all you like. Sometimes I have a more substantive fear, usually related to worry that I’ve hurt or harmed someone, or about the impact of some choice of mine. Those things must be managed on a case-by-case basis, and fear/doubt can be a good teacher at such times, too. At worst, when feeling fear or doubt, I’m not even aware of it; I tear my cuticles with my fingers and my teeth until they bleed and until I’m embarrassed to shake hands with people. I isolate. I sterilize all the already-clean silverware. If I really fail to see fear/doubt for what it is, yikes. 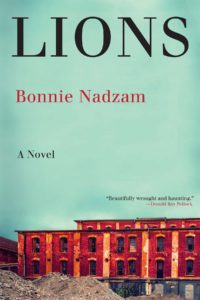 It inspires me and makes me work harder to think of all the artists working for the sake of the work in front of them. Those who are finishing a fence as perfectly as possible because if you do a thing, do it well. Those working on their fourth collection of unpublished poems. Those learning to paint and giving themselves to the process with abandon though they will never sell their work, nor show it in a gallery, nor want to. I’m not sure why this matters so much to me but it does. It’s probably no more complex than acknowledging and revering a space of creativity that is unadulterated by the “marketplace” and performance and the self-exploitation of social media.

People I don’t know may actually read what I write and make life decisions based upon their reactions/perceived interpretations of it. Some people I do know may read what I write, and think I am writing about them. None of this is my responsibility.

One of the first college courses I took was “Foundations of Modern Europe.” I thought it would help me understand literature better, and it did. Imagine my surprise when the first reading on reserve at the library turned out to be something like a farmer’s almanac of the rainy seasons and wheat and corn crops for England, France, and Spain hundreds of years ago. First I was like, ugh, this is not what I signed up for; then I was like: ugh, this is exactly what I signed up for. Anyway, here was the advice—I did poorly on my first paper. I can’t remember what it was about or what the grade was but I remember being upset and wondering what I’d missed/how I could avoid making the same errors on future assignments. I went to the professor during office hours and said: “Can I ask for some advice?” He was both nonchalant and unfriendly and said: “I don’t give advice.” It was powerfully corrective; I thought about it a long time afterward; I have subsequently avoided either asking for or taking or giving advice, though I’m sure I fail on both counts. 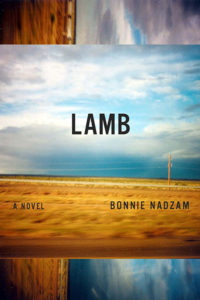 I would go back to age 13, freshman year in high school, and say: Grab that short, skinny boy Jeremy by the hand, the one with the audacity to outscore you on every test and quiz, the drummer, the one who makes you lose control laughing just by catching your eye, and never let go. I knew enough to take his hand briefly one night on the bleachers at a football game, I think we were 14 or 15, but then the world swept us apart for 15 years, i.e. we were stupid. It’s a heartache.

Because of my family, I took many things for granted that weren’t yet normalized in the broader culture in which I was raised, but there were many other destructive norms I embraced and embodied with equal parts abandon and ignorance. When she was not yet 30, my mom had three daughters under the age of six and three degrees while she was completing her PhD and working a full time job. She was then and remained the major breadwinner in the house. However, she also did the majority of the cooking (i.e. she made dinner every night after getting home from work), did the laundry, lots of sewing (which she loves to do), all the holiday baking, and knitting and crocheting, and she taught my sisters and I to do all of these things, as well. For a long time I thought, as she had been taught, that “feminism” meant not “choose your own way,” but “now do everything.” In her more cynical moments, my mom would say that “Women’s lib is a joke and the joke is on me.” I’m astonished by how much was expected of her by an equally demanding mother and father, and how fast and furiously she moved—not always for her own good—to meet all of those expectations.

A funny thing: When listening to Roxane Gay’s Bad Feminist on audio, literally barefoot and pregnant in the kitchen while making dinner, the book narrator announced: “There’s a lot to be said for barefoot kitchen work when staring down a stack of research papers.” And I must say, in that moment, I agreed. But it was a choice I made and that at least for now I have the resources to make; class is just as much as fundamental an issue, if not more so. So I think, as Roxane says, that in great part feminism means working and fighting and sometimes suffering and inadvertently making the wrong life choices so that other girls and women can pursue the lives they want to pursue, even if it’s not one you want yourself, or agree with personally. And when there isn’t an example of the life you want to live, as a woman, be a leader. Create it, and clear or destroy the obstacles as you encounter them, and as you can.

Which books are stacked up on your nightstand right now?

I’m reading a lot of poets, it seems. I just finished a beautiful little chapbook by Erin Elkins Radcliffe called Bottomland (it’s out from Sundress Publications this spring); The Complete Poems of Anna Akhmatova (translated by Judith Hemschemeyer); Claudia Rankine’s Citizen, and I’m re-reading Sarah Vap’s incredible Viability (a book you must not miss). Also Waves: Stories by Bei Dao and How to Start and Run a Rescue [an animal rescue] by Jennifer Williams. The lattermost isn’t poems—it’s an actual how-to guide. Just exploring. I probably shouldn’t say so in a public forum, but I’d really like to kidnap/steal a pig some day from a feedlot or slaughterhouse and bring it home to live out a long, fat, happy life. I mean, at least one pig. Maybe dozens of pigs.

Bonnie Nadzam’s fiction, essays, and poetry have appeared in Harper’s, Orion, Granta, The Kenyon Review, Alaska Quarterly Review, A Public Space, and many other publications. Her first novel, Lamb, was the recipient of the Center for Fiction’s First Novel Prize, long-listed for the Bailey’s Prize in the UK, translated into several languages, and made into an award-winning independent film.  She is co-author of Love in the Anthropocene with Environmental Ethicist Dale Jamieson. Her second novel, Lions, was released by Grove Atlantic in 2016 and she is currently at work on a third novel.

You can purchase the following reads at your local bookstore or any online outfit.

Love in the Anthropocene