I broke up with sugar in the wake of my father dying. The wake up call as it were. I was very committed for the year to scrubbing the system. I didn’t have an unhealthy approach to my diet, although I did eat a muffin every day. And also ice cream. And also, also, a tall decaf iced mocha with whipped cream from Starbucks every single day. I also ate kale. So, there was that. But for the second half of 2015 and the first half of 2016, I was meticulous about not eating anything with sugar (other than fruit) and also, giving up bread (although not pizza and pasta.) And, it paid off. Upon my yearly check up, my doctor oooh’ed and aaah’ed over my health. When I returned to Fire Island in the summer of 2016, as a reward, I treated myself to my favorite past time, a rocky road ice cream cone while riding my bike through the island. I’ve since allowed myself little treats. In reading about the new Starbucks treat, their Midnight Moon Frappucino, I feel the twitch, the yearn to taste it. Although of course I know that it will not only give me a brain freeze, but the influx of sugar will render me speechless; that’s the effect sugar has on me now. It is a buzz, with a drastic fall. Is it worth it?

Hils.”The evidence for that intervening event is compelling and persuasive. If the election had been on October 27, I would be your president.”

Ageism. It’s real. And you really notice it when you hit your fifties.

Catie Lazarus had Cecile Richards on Employee of the Month and it was fabulous.

One of my favorite celebrity memoirs I have read is Andrea Martin’s, who talks about aging in the most illuminating way. For instance, she was the first woman to point out that your hair things, your eyelashes fall out, you pass gas more as you age. I loved that insider info, particularly as she was talking about being a woman in her fifties, which I happen to be right now.

This is the dress for me from this Kenyan line.

Don’t miss our interviews with Marcy Dermansky and Ann Shoket.

Do you watch The Americans? If you do, then you know how heartbreaking it is to see Martha again.

And now have a laugh with Amy Schumer, Julia Louis Dreyfus, Patricia Arquette, and Tina Fey on The Last Fuckable Day. 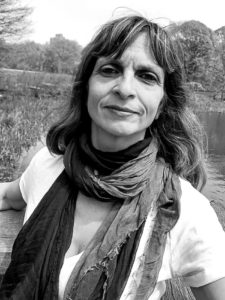