Casually, while sitting over her inhaler, The Teenager told me that the boys bathrooms in her school, on the floor she inhabits the most, was locked for the day due to vandalism. (However, not the locker room, in the school’s infinite wisdom). “I’m going to shoot up the school,” swastikas as well as gay-bashing were some of the bon mots displayed. It took all my will power not to go Full Metal Maniac with worry before her. I suddenly wished I had Mace to arm her with. I have always been so proud of her openly accepting school; to hear this was devastating. The threat of school violence in particular. I wanted her to stay home with me, close. She shrugged it off; the bathrooms are continually being vandalized, she explained. Police had been summoned. but still. The people who wrote those things? They knew the value of their words. They understand the fear it would instill. They behaved maliciously, with intent. And now, I will spend my weeks, consumed with worry, one hand on the phone, constantly updating NY1 as a result. That’s the true power of terrorism.

Hils is back, baby!: “More than ever, I believe citizen engagement is vital to our democracy. I’m so inspired by everyone stepping up to organize and lead.”

Michelle Obama: “You have to stop and think, ‘Why don’t you want our kids to have good food at school? What is wrong with you, and why is that a partisan issue? Why would that be political?”

Missy Elliot: “One thing I won’t do is compromise.”

Tara Shannon: “My youth was just the vehicle that brought me to here.”

The Sad Girls Club Challenge is a thing, a worthwhile one.

Get your passes for the Del Close Marathon.

Get your POTATUS update from Seth Meyers.

A picture says way too much.

And now have a laugh with Ali Wong. 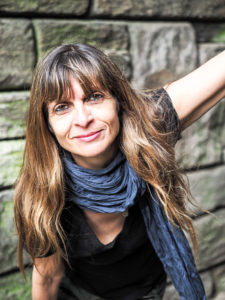