On a sleepy July afternoon, Samantha Miller, the Chief Science Office at hmbldt, and I get on the phone and talk about cannabis. This isn’t Getting High With Doug; this is a serious and meticulous conversation. In North Cali, the cannabis industry is thriving. That Samantha Miller is at the top of her field in a competitive market is inspiring. I wanted to understand what her thinking was in creating the formulas that make the hmbldt vape pens so specific—200 doses per pen—as well as get to know the genius behind the sleek looking devices. Time Magazine called the hmbldt pens one of the 25 best inventions of 2016 and for good reason: this approach to vaping can change your affection for old school rolling paper. This is a two-part conversation. Settle in. And enjoy.

You have blessed the world with a gift.  I can only imagine how people feel when they meet you and discover that you are the genius behind the hmbldt vape pens.

You know when I hear people’s response to it, honestly I feel really humbled by it. It feels bigger than myself so to speak. It’s been a very rewarding experience.

How did you become involved in the cannabis world?

I’m from Northern California and I like to say if you’re from North Cal, you’re somewhat born into it. Cannabis has been an enormous part of my life for twenty-five years—as someone who grew it, bred strains, tried to optimize growing conditions.When I was five years old, it was the first time we had to pull the crop because the chopper was coming in.

You come from a family of growers?

Yeah! This was just suburbia. This wasn’t a farm or anything. That was really common, it was part of the fabric of our culture. It was a thing nobody talked about but everybody was involved in, which is kind of a trip. From my office here at the laboratory driving to my house about thirty minutes west, you don’t stop smelling cannabis. The entire drive. All you can see are vineyards, Marcelle. Everybody’s growing. It’s the fabric of our economy.

That’s so wild to me. I read that you also do outreach on and about cannabis.

As part of my laboratory work, I developed an educational seminar series to educate people about cannabinoid therapeutics. The endocannabinoid system, the paradigm of what became the hmbldt products. I taught these classes to hundreds of people in really small towns all over Northern California. It was a true outreach. My first one, maybe fifty people showed up. This cool thing happened where it had been word of mouth. “Hey there’s this cannabis talk happening at the garden club.” They’d all gone to high school with each other and they’d see each other in the grocery store but they didn’t realize they were all doing the same thing until they came to my seminar. Everything was so secret, right? Hiding in the woods, in camo, arms deep trying to protect your crops. I did three of them in the town and by the third one, they were like we don’t want this to end, we have a community now, we have a common interest and we want to benefit each other with our knowledge. It was a group of almost entirely women, mostly lesbians over fifty. They formed a medicine making group and they called themselves Mendocino Medicinals. And then they formed a political action committee and then they formed a Mendocino policy counsel. And they dictate the policy in the county they live in and influence it in a significant way.

That’s incredible that this coalition of retired women in Mendocino kickstarted all this change in one county.

Well there were a few men that showed up but it was almost entirely women. And almost entirely retired although you can’t say you’re a retiree when you’re still a farmer.

So retirement aged but not retired from earning a living?

Yeah, retired from their pursuit of their professional lives. Northern California is a special place with respect to cannabis. I don’t think there’s an aspect of my life—whether I was in cannabis or not—that isn’t touched by it in one way or another. I think it’s a very unique situation but strangely the acceptance isn’t there from a social perspective.

So even though the economy thrives, socially not so much?

Not so much. There’s a shift that’s happening that’s for sure. That has more to do with a family focused versus a non family environment. In urban places, the social acceptance is driven much faster. In these kind of suburban places, there’s a lot of pressure for it to not be visible and to protect the children from it. It’s an interesting dichotomy. My personal paradigm—in terms of somebody who’s walked a pretty fine line between what’s legal and what’s not—is that you just don’t rub their nose in it. I didn’t speak publicly in my county until last year. I speak in San Francisco, I speak in Mendocino county, I speak in Humboldt county, I speak in Los Angeles and Canada and Israel and all these different places but not in Sonoma county.

It’s a fine line of discretion and being open about a practice.

Yeah it is. North Cali has been a fascinating incubator for cannabis culture and innovations.

Have you enjoyed giving the seminars?

I have. So many years of working with thousands of patients and in giving my seminar series; the patients educated me as much as I educated them. It made me have a sensitivity and a nuanced understanding of cannabinoid interactions with our biochemistry that I think would be difficult for someone who didn’t immerse themselves in that way. I was also immersed because I’m an organically grown start up, running every sample myself. My knowledge base—what does a cannabis look like under a microscope and how do people respond to this group of strains vs that group of strains from a population perspective—all of this information is calibrated in my brain, myself as a person. I have a very intuitive sense. 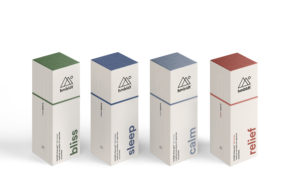 Can cannabis affect a person towards a specific state of being?

Cannabis isn’t just one way. THC* doesn’t just do a, b, and c and CDB*  does x, y, z. It’s dependent on the interaction between the compound and the person. There’s a broad spectrum of experience and wherever you fall on that spectrum, it’s okay. And you can actually, with knowledge, adjust what you’re doing to have the experience you want. Our desire for personal use can sometimes disrupt our success for therapeutic application. It’s very clear that people who are new users to cannabis don’t have as high level of efficacy for sexual arousal as people who are regular users. Isn’t that fascinating? So you start to see that it’s so much more nuanced than you can ever have imagined. At low doses, cannabis has a high level efficacy for both the reduction of inhibition and the increase in sensation during sex. If you exceed that optimal low dose it’s actual inhibitory.

Is that how you came up with these specific formulas?

I sat down and I said what are the major verified uses of cannabis, therapeutically? I came up with this list. Pain, sleep, anxiety, focus, energy, appetite.

How did you approach a formula for pain relief?

In the relief formula I developed, I was looking to address a broad spectrum of pain. Pain is something that is very complex. Pain can have lots of different origins from inflammation to spasticity. I drew on both the existing research but also that dynamic education from patients I received over the years who are trying to treat pain. They told me about their successes and their failures and what worked and what didn’t. It allowed me to develop hypotheses about what I thought would be the best formulation say for sleep, for pain, for anxiety, for general euphoria without a lot of sedation. 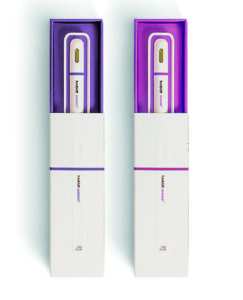 Do you have a specific person or gender in mind when you are working on a formula?

Yes! With the arouse formula, I was really focusing on women when I thought about. But, they’re good for both. Originally, my intention was a male and female formula—arouse being for females and passion for men. I thought about women and their sexual experience and when there are issues around that. For women, it’s often about initiation. Men are almost always ready to go so to speak; they don’t have a problem with that or very rarely.

It hard for me to turn my mind off.

Yes exactly. For women, it’s usually not being able to turn off that frontal cortex activity, that same thing that keeps you up at night making the lists. You can’t get your mind off what you’re thinking about and all those kinds of things. Maybe it’s body image issues, maybe it’s being intimate with somebody, breaking that ice so to speak. The cannabinoids and the turpene together, I find, really opens people up and turns off that list making. They get a little giggly and being talkative and socially engaged. So that one—arousal—was one of the ones I’d done that was most especially for women.

So many of my girlfriends have a hard time relaxing. They have kids to feed, dogs to walk, partners to ignore. A formula like the arousal can be that exquisite respite that is coveted.

I think the point you make about using it from an escape perspective or using it for respite from life, I think what’s so cool about doing it with cannabis versus alcohol (which is usually the other thing or maybe pills or whatever) is that it works naturally with your body. That’s the whole beauty of this endocannabinoid system: the fact that these compounds—THC and CBD—your body recognizes in the same way as things it naturally makes. It’s like, “oh you’re not a foreign entity.” When you take a drug or drink alcohol, your liver is like, “ah that’s a poison.” Where it sees cannabinoid as a natural substance. The fact that it works so well in unison with your biochemistry makes it a lot less disruptive and a lot more healthful. Think about a glass of wine versus a hit of bliss. Your level of impairment is a lot different, your ability to perform is different, your engagement in your life pills is different. To turn that all into a positive beneficial experience is such a cool opportunity in the overall wellness of our society.

I find that alcohol drags your whole being.

Shoot, I stopped drinking 7 or 8 years ago because I stopped enjoying it. You know what’s funny? I hate to be overly judgmental but even if you have one glass of wine a night, I can tell. If I have an employee who drinks every night, I can tell. It doesn’t matter if they’re totally sober by the time they come to work. So [alcohol] has a material impact on your life. The opportunity to transition all aspects of your life—relaxation and escape—into something that is helpful and wellness oriented is cool.

Part two of my interview with Samantha Miller will appear on Wednesday. We talk about women in the cannabis industry. Stay tuned.

Editor’s Note: THC is short for “Tetrahydrocannabinol and is the psychoactive compound in marijuana.”

CBD is short Cannabidiol and is “one of the most prevalent chemical compounds in the cannabis plant. Unlike THC, CBD is completely non-psychoactive.”