An Interview with Cindy Alexander

A few weeks ago, we  premiered Cindy Alexander’s video, Soul Quake from her new and ninth record, Nowhere to Hide. NINE! Today, I am happy to run the interview I did with Cindy. Like so many of us, she juggles her art with her parenting with her health; she’s a breast cancer survivor. An inspiration on so many levels.

So you have nine records under your belt.

And you’re like, but I’ve never heard of you, right?

I spent a lot of time listening to 90’s era indie rock plus Wilco!

I’m a huge Wilco fan. Summer Teeth is one of my favorites.

Me too! So let’s talk about your video, Soul Quake, which we premiered here on BARB a couple of weeks ago and features your twin daughters.

I originally wrote it for them when they were in utero! When I found out I was having two girls, I thought , what if they fall in love with the same guy? We try to protect our children from everything but the one thing we can’t is that they’re going to get their heart broken. It happens to all of us. I’ve grown up a lot in the last eight years, just being a parent, going thru cancer, living that transition from being a child, to being a parent, to now taking care of my parents. “Soul Quake” has come to describe multiple moments of my life.

When did you start creating music?

I started playing music when I was about six years old. My parents gave me piano lessons; I started improvising right away. I have feel and I have an ear. My first piano teacher fired me; I was improvising on Beethoven. She told my mother that she couldn’t teach me. My grandmother was also a music teacher and so she would play and I would sing and she would show me a few things on the piano as well. I was always writing music, I just didn’t know I was writing music. When I got out of USC, just for fun I put one of the things I made up [on tape]. I was never really sophisticated when it came to my music taste because if it was too complicated it would give me a headache. I just want stuff I can feel and if it makes me feel something, then I like it.

Music is the great catalyst to feeling, that’s for certain.

At this point in my life, I’m very raw. I don’t have the internal editor working the way it used to it used to be, that I would think something or I would have an opinion in my head but it would stay in my head. Now, for some reason, it slips out. It comes out in my writing and although it could get me in trouble, it’s very truthful. It is very raw and honest and authentic.

Your first record, See Red, came out in the 90’s, a particularly robust time for women in music.

Alanis [Morissette] had just come out before my first record came out! She was saying things and putting thoughts and words into lyrics that had been taboo before. Lilith Fair was up and running. It was a time where we had more access plus it was the start of the digital movement in music; you had Napster and MP3.com. You didn’t need a record label to reach an audience. That was, I think, the start of indie music. You could just put your song up on MP3.com and somebody in Germany would hear it. What happened for me was somebody would say, “Oh, I love your music! When are you going to tour in Germany?” I was always very adventurous and music was the key to that adventure. So I didn’t fight it because I wasn’t on a label; I used it as free distribution. I went to Germany and Ireland that way, just by people who found my music on the internet. 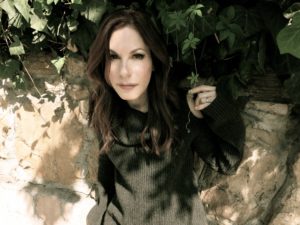 So you were an early adapter to digital distribution!

You can’t spite technology; you can try to make it work for you. I always try to think outside the box. At the beginning, it was getting in front of a large audience. I played with the Bacon Brothers for many years and opened for some amazing well-known acts that would fill theaters and civic centers. As the owner of my music, I made one hundred percent of those sales. I tried not to let the decline of the music business—as it has been portrayed in the media—get in my way.

I was diagnosed with breast cancer in 2013. Both of my parents had breast cancer—my mom and my dad so did my grandmother on my mom’s side. I was always very vigilant. When I started having some physical changes in my breasts, I went to a breast specialist. I’ve always had dense breast tissue and when you have dense breast tissue, a mammogram is not going to pick up cancer at its earliest stages. The only way I caught it was an MRI.

It’s amazing how intuitive you were, are now still.

You need to listen to your body and you have to be proactive when it comes to your own medical care. I think doctors know medicine but you know your body. If something doesn’t feel right, you get it checked out. It turns out I had a very aggressive cancer but I caught it at the earliest stages. I had a double mastectomy. If  I had waited six months, you and I would not be having this conversation.

And how are you doing?

I’m doing great. I’m four and a half years out now. I think maybe that’s why the internal editor is gone. She slows me down from expressing my truth. I know why I’m here: I’m supposed to raise these incredible human beings, I’m here to love my family and friends, and I’m here to make music. I know that and I’m doing it.

It’s important to stay connected to your creativity.

You have to. To me, as an artist, if you don’t honor that, you will go insane. You will explode internally with all of that stuff that you’re creating in your mind. If I don’t get it out, I’m depressed. As soon as depression starts to creep in, I know what I have to do. Number one, I need to exercise and number two, I need to write. Sit down, write a song, sing, anything. I need to honor that gift. You’re given a gift because you’re supposed to give it back and that giving is the outlet. 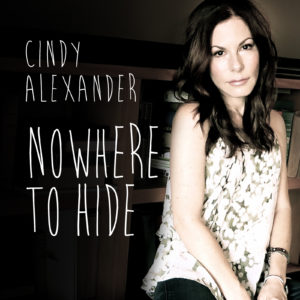