“Dim pricks of blue light shone through the shutters’ decorative punchwork. Careful not to wake her sister, Esther braced her hand against one door while she drew back the other. The wooden panel stuck a moment before popping free, letting in the damp, salty air and a view of purplish sky. To the east, the sun cast its first pink glow over the place where the mighty River Atil spilled into the Khazar Sea. Esther raced through her morning prayers, her voice a sibilant whisper.”

—from The Book of Esther 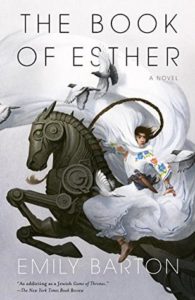 Taking time to stretch, practice yoga, meditate, or go to a ballet class. All of these help me slow down and focus. And remembering that even if there’s no progress on a big project on a given day, working on an essay or review or short story can be an important part of the process.

Generally rather poorly? Like most people, I think. There’s so much to fear in this world, and so much to doubt about one’s own work. Meditation can help you keep perspective. My writing partner just reminded me that if you’re having a bad day or season of writing, it doesn’t mean nothing’s happening, just that it’s happening slowly or not in the way you want it to. So one way to manage fear and doubt is to continue forward even when that’s difficult.

I wrote my first book by hand, most of it in a rocking chair in my apartment, isolated sections on the subway. I had just learned to knit, so when I sat in the rocking chair, I also had needles and the pattern in my lap, the ball of yarn on the floor under the chair. Sometimes I’d take a moment to knit a row or two. I kept wondering why the yarn kept breaking. You weren’t supposed to have to tie in new yarn every five minutes. Then I heard a weird sound—I couldn’t place it—and looked under the chair. My cat was there, in ecstasy, biting through the yarn. Apparently, while I was writing, she sat there waiting for the yarn to move so she could bite it apart.

I’m thinking about Ursula K. Le Guin today, the morning after her death, and feeling so grateful for her magnificent imagination and how fierce she was as a creative person and feminist. She has been a lifelong exemplar. In terms of whose work I find inspiring right this minute, I’d pick the German author Jenny Erpenbeck. Her fiction is thrilling—structurally experimental and inventive, always changing, philosophical, politically engaged. Every time she publishes a book, I devour it, and then think, I wish I had written that. 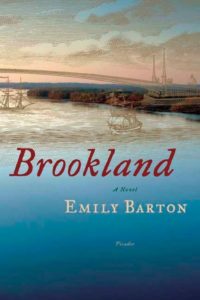 Writing my first book, I had the idea that if I could figure out how to write it, I would then know how to write novels. I’d have a sort of template. There may be writers who find this true. But if your second book differs from your first, in terms of style or structure or subject matter, it turns out the first one offers you almost no guidance. You’re always bushwhacking.

In my first year in grad school, I was in workshop with Deborah Eisenberg. My first workshop was savage—such a disaster that she invited me over to eat pizza and watch a documentary we were both interested in. Over pizza, I asked about some of the critiques I’d received, and she replied, “What I don’t understand is, why would you listen to those people when they so obviously can’t even see what you’re doing?”

Age thirteen, and I’d say, “Curly bangs are this whole thing. Don’t get that haircut.”

My second-wave feminist mom went to work in a tweed skirt suit and a floppy silk tie. I was completely sure that she’d made it, that we’d all made it, and that the work of feminism was done. Then I got out in the world and learned how difficult it was to get my work taken seriously (or as seriously as the same work would be if it had been written by a man), and how anti-Semitism played subtly into that discrimination; and then I began to understand the even steeper challenges women of color, queer and non-binary women, and immigrant women face. The older I get, the more I become an intersectional feminist. 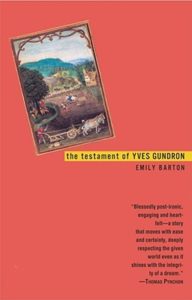 Emily Barton is the author of the novels The Book of Esther, Brookland, and The Testament of Yves Gundron as well as scores of reviews, essays, and short stories. She has received fellowships from the Guggenheim Foundation and the National Endowment for the Arts, the Bard Fiction Prize, and a grant from the Sustainable Arts Foundation. She currently teaches in the creative writing program at NYU. She is on Twitter and Instagram @embleybarton, and on Facebook. 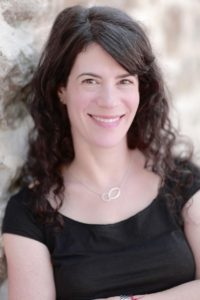 The Book of Esther

The Testament of Yves Gundron