I met Nina Lorez Collins, author of What Would Virginia Woolf Do? and Other Questions I Ask Myself as I Attempt to Age Without Apology the way anyone who meets her right now does: through her Facebook group, What Would Virginia Woolf Do. I felt connected to her instantly; maybe it was due to her raw postings, her honesty, her willingness to share. Devoted mother to four children, sister to so many. It was a joy to read her book, and even more so, to interview her for BARB. Our second, by the way: when I first starting blogging, Nina graciously spoke to me for my series, Transitions.

So no to Birkenstocks?

I, in fact, have a pair! My joke about that whole fashion do’s and don’t’s thing is that since I wrote that 18 months ago, I actually wear a whole bunch of them. I now wear ridiculously colored glasses. I have at least two pairs of Birkenstocks. I’ve also lately been in a really weird phase of wearing all black; I’d become completely convinced that older women should not wear all black and now literally it’s what I’m wearing. It’s totally embarrassing.

You’re living your book. The option to change your mind is resonant in it.

You’re right we can change our minds and feel completely fine about it.

I do take umbrage with your vetoing of turtlenecks, as I am a huge fan.

I bet you are, because you’re thin and small. I have really broad shoulders and for some reason, I just feel really clunky [in a turtleneck.] l pretty much always wear things that show my upper chest. It’s just body type. Turtlenecks make me feel very much like my Aunt Francine, kind of old.

Let’s talk about the inception of your Facebook group, What Would Virginia Woolf Do?

It was the fall of 2015 and I just wasn’t sleeping well. I had just turned 46 and my periods had been kind of erratic for the last year. It did not really occur to me that I was going through any kind of change yet. I suddenly stopped sleeping. I was waking up at 4am wide awake for a couple of hours every night. It was a huge shock to me because I’d always been a very good sleeper my whole life. I really  didn’t know what was going on. I Googled it and instantly  this website 30 major symptoms of peri-menopause came up. I started reading through it and recognized I had a bunch of the symptoms; one of them, which I thought was really funny, was “impending sense of doom.” I was like, “Oh wow, great!” I posted on my regular Facebook page kind of just a jokey post. “Did you know that an impending sense of doom is an actual documented symptom of peri-menopause?” A bunch of my smart sassy girlfriends weighed in and we had this funny conversation and in it, we joked that maybe we should start our own group to talk about this. I kind of let it go.

A couple of weeks later, I was in Minnesota, still not sleeping. I was visiting my son at boarding school and I was with two of  my daughters in a motel room. They were kind of ignoring me and I was having one of those moments where I was feeling really old and kind of marginalized. I was on Facebook and I guess I felt self conscious about complaining about feeling old and pathetic on my regular page and so I was like “I’m going to start my own group to talk about this.” 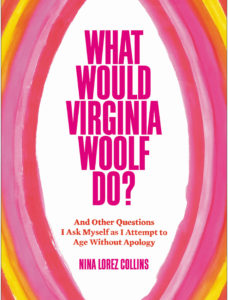 Who came up with the name?

In the original thread where we had been joking about it; my friend Margaret Lee said, what about What Would Virginia Woolf Do? That was the name that really spoke to me, in part because I had just finished a graduate degree in narrative medicine and had been reading a lot of Virginia Woolf. I invited 20 or 30 of my smartest funniest girlfriends and we started having these conversations and basically pretty much instantly it became very addictive. It was secret in the beginning; when we started the group we said please invite like minded women. It really has been very consistent that 99.5 percent of the time when I meet these women, I kind of instantly connect. There is this commonality even though we’re very different geographically or what we do or ethnically or financially. And everyone started inviting their girlfriends and within a couple of months, we were like 300 or 400 people. It just went from there. It’s a very interesting group of women.

My feed is so pathetic. It’s now only Virginia Woolf  because I spend so much time on the group. I literally have to make an extra effort to see what other people are doing on Facebook.

I also learned from your book not to call weed pot.

Did you not know that?

No, I just thought it was my Teenager being specific. I didn’t realize it was universal. So now I’m like the people who used to call pot “grass.” I’m that person.

Totally universal! If you say pot, they look at you with absolute derision. 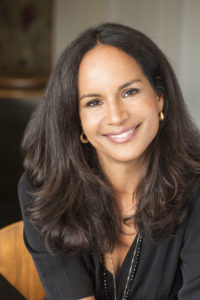 I find that the group is a great resource for women our age.

I use it too all the time as a resource. Like you, I’m sure, I have a million close girlfriends. It’s been this weird thing because even though I have all these close girlfriends and my friendships have not changed and I really rely on them and love them, there’s something about the group that I find more valuable both for crowd sourcing and even for emotional stuff. There’s a way in which, whether I use the anonymous feature or not, getting unbiased anonymous opinions that is really helpful. You know when you go to certain friends what they’re going to say or what their perspective is. With the group, you’re getting these really smart women who don’t have an agenda with you.

Right. Because they’re just offering you an answer based on your query.

There is snark. There are certain subjects that make people angry. I try to keep the group not political although we are primarily very liberal. I don’t want politics in there; I feel like there are lots of places where we can talk about politics. Sometimes, there’s some tension around issues of money and privilege although I feel like we’ve handled that  pretty well in a lot of ways by acknowledging that we’re all privileged in different ways. Infidelity is often a trigger for people; sometimes women will want to talk about affairs they’ve had or being the other woman and it will get people’s back up. Women who have been hurt by infidelity will often feel a little more judgmental about other people being unfaithful. For the most part, the women are not very judgmental.

What I like is that there is a lot that’s open to discussion, and in general, that people are civil.

Occasionally, there are assholes who just don’t belong and need to go but you can often see that when people are behave badly, that they’re really not, that they’re just being triggered. There are things that trigger us. I have noticed for myself, I don’t talk to my father and it’s painful for me. It’s just a reality of my life. I’ve noticed over the last couple of years that there are some women who have wonderful relationships with their father and they’ll talk about it and I feel envy; it doesn’t make me behave badly but I get it I can see how certain things can really push buttons.

I enjoyed as well how you approach embracing aging.

Just now, I’m in my bedroom, writing from bed and I’m wearing this little black silk robe. I caught a glimpse of myself in the bathroom. I’m having this thing where my inner thighs are looking very middle aged. I’m in decent shape. I’m not terribly overweight. But my thighs are a little gross. It’s just not a good look. I would never ever in a million years wear a pair of shorts at this point in my life. That’s just never going to happen again.

Often, I look at myself and I’ll feel critical for a second. And then I just think, it’s not worth thinking about. I do the best I can. Some weeks, I exercise more than others. Some weeks, I’m better about food. It’s not that I’m indifferent to how I look. I care about how I look and I care about it in certain ways on certain days but its not paramount to me. It’s subtle, right? It’s not feeling the pressure to be positive about it all the time. I think that’s stupid, telling yourself to love your body. I don’t love my body all the time. There’s a picture of myself on my honeymoon when I was 23 and I look so beautiful and young and perfect. I have very vivid memories of that entire week, obsessing how fat I was in my J. Crew jeans or bathing suit or whatever and thinking I looked horrible.

Yep. Being at our life stage, we can just go, okay then. This is what I’m working with. And it’s going to keep changing, and you just have to roll with it. Because it’s going to change yet again. And again.

Totally. I tell myself that now. I’m looking at my thighs and complaining now. Well, I definitely won’t look as good ten years from now so I might as well shut up. 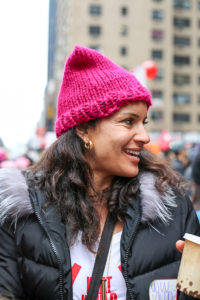