So now she’s 19. The Teenager. Today, today is her birth date. At 9:43am, on August 30, in the year 2000, we met at last, after nine months of a relatively tranquil gestation. This day, as every day, I cherish her, I celebrate her, I adore her. So many years, I’ve held her in my arms. Officially stopped being able to lift her when she was eight years old. Now, now she carries others, sometimes even, the potato we call Rocky. It’s my daughter’s day, and even though we are living in different cities, I have her with me, as I do, all the days of our lives.

So I’m posting this one, the night that gave me the impetus to start blogging, her resilience, her strength, her everything to me, it’s a re-post, I have been putting this story up every year, once a year, on her birthday. 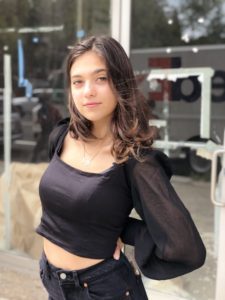